Outside the Lecture Room / Student Life 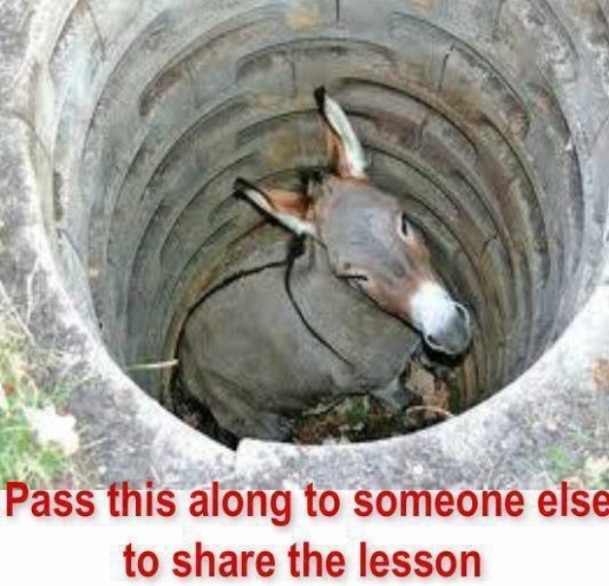 I saw this on Facebook and I wanted to share it with my readers. Valuable Life Lessons (outside the lecture room)…

One day a farmer’s donkey fell down into a well. The animal cried piteously for hours as the farmer tried to figure out what to do. Finally, he decided the animal was old, and the well needed to be covered up anyway; it just wasn’t worth it to retrieve the donkey.

He invited all his neighbors to come over and help him. They all grabbed a shovel and began to shovel dirt into the well. At first, the donkey realized what was happening and cried horribly. Then, to everyone’s amazement he quieted down.

A few shovel loads later, the farmer finally looked down the well. He was astonished at what he saw. With each shovel of dirt that hit his back, the donkey was doing something amazing. He would shake it off and take a step up.

As the farmer’s neighbors continued to shovel dirt on top of the animal, he would shake it off and take a step up. Pretty soon, everyone was amazed as the donkey stepped up over the edge of the well and happily trotted off!

Remember the five simple rules to be happy:

1. Free your heart from hatred – Forgive.

2. Free your mind from worries – Most never happens.

3. Live simply and appreciate what you have.

5. Expect less from people but more from yourself.

You have two choices… smile and close this page,
or pass this along to someone else to share the lesson

SUARTS in conversation with LCC Officer! 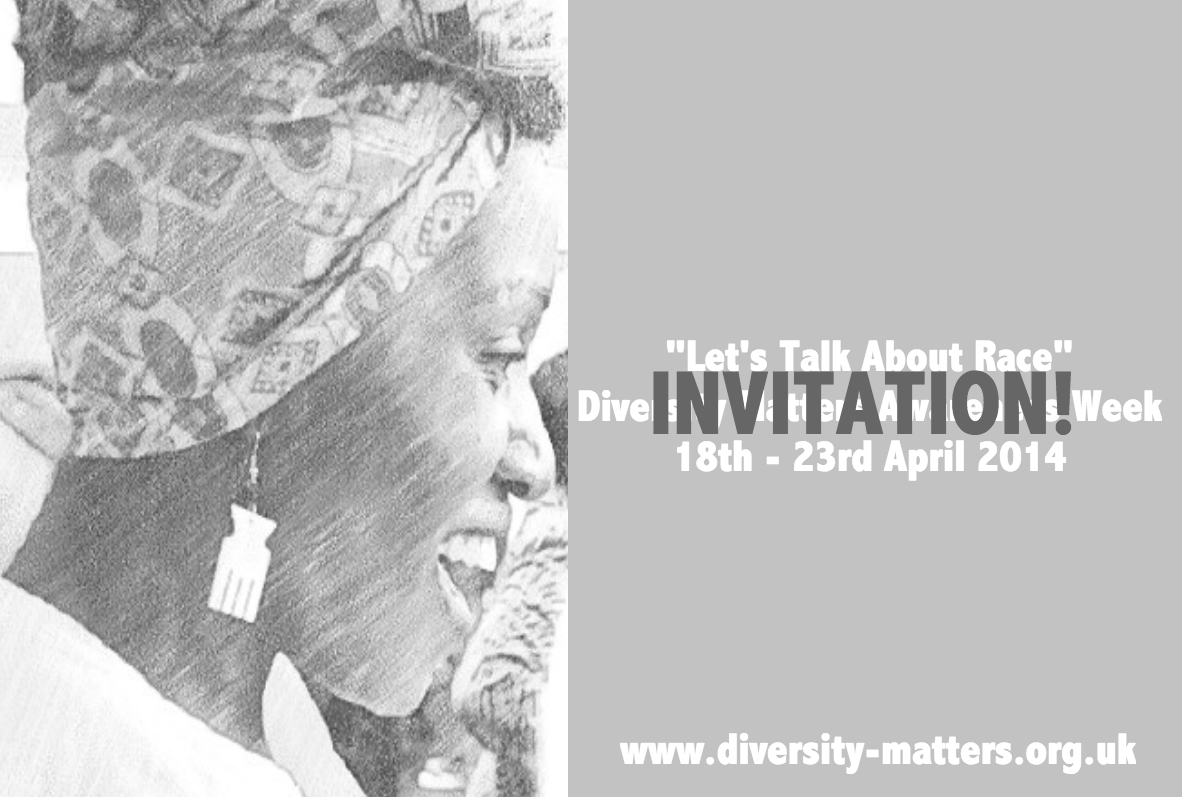 Open Call: Your Voice – Your Art! 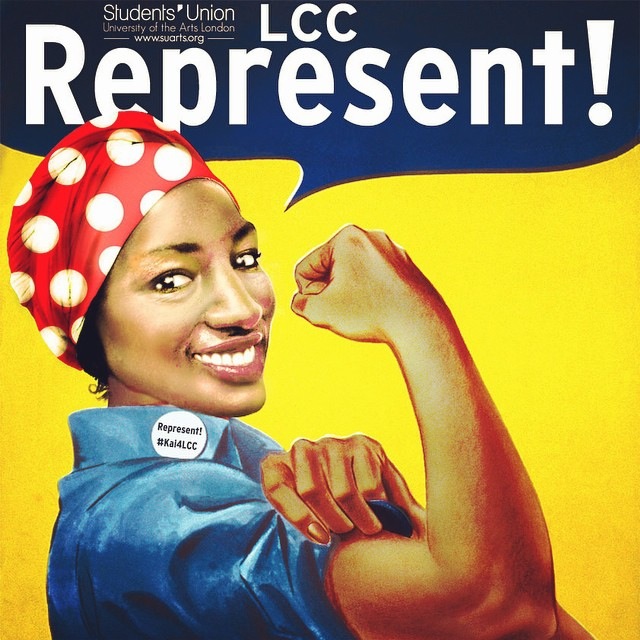 #TBT Happy profile ✨
Like it was yesterday... #Throwback (looks better in slow Mo but phones acting up!)
#ThrowBackThursday
It's carnival season!!! Sad I can't be in Salvador da Bahia this year for the celebrations.. But I'm there in spirit (and watching in the gram with envy! 😅😜)! 💃🏾🎉🎶🎵 . . #Salvador #Brazil #Carnival #VisitSalvadorDaBahia 📸 @matheuslensph
Sometimes I'm like 'wtf am I doing in London?!'... When you find that 'Axé', don't let it go 🙌🏾💕✨🇧🇷 #HoldOntoGoodEnergy #LifeIsShort #GoodVibrations #HigherPower #Axé #Brasil 📸 @matheuslensph . . Name a place that gives you good vibes? 👇🏾
Write me a love letter... From Bahia with love 🇧🇷💕📮 . . 📸 @matheuslensph . . #TravelmakerKai #WithLove #Salvador #Bahia #Brasil #Brazil #Valentines
Uncle @jamesbarnor takes my hand and says "I'm going to show you were you're from - the Lutterodt family house in Accra!" . . Last week Thursday I bumped into renowned Ghanaian photographer, 90yrs 'ever young' uncle @jamesbarnor at the 'Beyond The Year of Return' breakfast at @kempinskiaccra... What happened next was me being whisked away on a spontaneous visit to my paternal family home "Lutterodt Hall" on Lutterodt Street, Accra (charle we have our own street ooh!). . . I'm super sentimental about family heritage, cultural identity and ancestry, though I admit I haven't delved as much into my German side as I have done extensively with my Afro-Brazilian "Tabom" heritage, perhaps because history of the Lutterodts side is well documented. Nevertheless, it was a surreal experience having uncle James as my guide (we'd discussed doing this some time ago, especially as my family home is where uncle James learnt photography so it was sentimental to us both!) . Uncle James I couldn't have asked for a better Christmas present! Praying for your continued good health, strength and long life so we can document more historical monuments! You're a treasure!! 💎🤗💕🇬🇭✨ . . I left Lutterodt Hall feeling empowered... Hence the walk down to Brazil Rd to further pay homage to my Tabom heritage (see previous posts). I can feel a blog post brewing in my head addressing identity, blackness and mixed heritage (without being mixed race). Stayed tuned on the blog www.travelmakerkai.com . . . #YearOfReturn #JamesBarnor #LutterodtHouse #LutterodtHall #LutterodtStreet #Heritage #Identity #MixedHeritage #Ghanaian #Ga #Culture #EverYoung #JamesTown #Accra #Ghana #BeyondTheYearofReturn #German #GermanHeritage #Photography
"Until the lion learns to write, every story will glorify the hunter"... FYI, We've been returning before 2019 'Year of Return'... 1836 was the year of Afro-Brazilian returnees to Ghana, known as "Tabom". As a journalist and proud descendant, I've been lucky (make that #blessed!) enough to research and trace my ancestry 5 generations up to Salvador Bahia, Brazil. On a spiritual level, the more I discover about my heritage the more empowered (and outright fearless) I become! Like the meaning of the Ghanaian symbol Sankofa, we have to learn from the past to know who we are... We have a wealth of undocumented history and resources (our elders being key!) - let's utilise it! . . My Tabom story is one which I refuse to let a hunter tell. In fact no hunter can tell what's mine like I can. I'm a lioness ready to create her own narrative which doesn't start or end with slavery. How that story is told (written, film/documentary/visual, or a festival) I'm yet to decide (real talk, funding 💲💲💲is what's holding me back)... But it will be told! #ProudlyTabom #YearOfReturn . . I'm organising a visit to the Brazil House, Otublohum and James Town this week - if anyone would like to join please DM me x . *P.s in the vid I mentioned the Tabom returnees arrived in 1835, however it was 1836 - Malé revolt 🇧🇷 was 1835 after which many enslaved were banished or granted their freedom to return to West Africa 👊🏾🌍) . . #YearOfReturn #BrazilHouse #BrazilLane #Accra #otublohum #Travel #GhanaTravel #Culture #Tabom #TabomReturnee #ProudlyTabom #istandontheshouldersofmyancestors #TabomInGhana #returnee #BeyondTheYearofReturn #Sankofa #TravelmakerKai #TravelBlogger #TravelJournalist #Ghana #Brazil #afrobrazilian #ConsciousTravel #Diaspora #BlackDiaspora #VisitGhana #TravelNoire #Culture
This is what my Year of Return looks like... I'm not here for the marketed hype or turnup (though the parties have been good!)... My return is on a more spiritual level. An acknowledgement of those who returned almost two centuries before the 2019 Year of Return was coined, yet their legacy is near forgotten. I'm here to celebrate the Afro-Brazilian returnees of 1836 who arrived in Otublohum Accra after the Malé revolt of 1835 in Salvador and other areas of Bahia... I'm here to acknowledge and celebrate my badass female ancestor who gave oppression the middle finger and took the unknown voyage to West Africa with her young children (Peregrino) and relative Mama Nassau. I'm here to celebrate a story of second chances and finding love when my ancestor married from the Royal court (Tawiah/Addy)... I'm here to celebrate the emancipation of (mental) slavery and stigmas - my ancestor's descendants (Peregrinos and Planges/Manyo-Planges) became very prominent (in law, journalism, education, tailoring and merchandising by the early 1900s - testimony that your circumstances does not define you!) . . My Year of Return naturally meant a visit to the Tabom ancestral home, the 'Brazil House' in Accra... Had to let the ancestors know their girl is in town! I choose to celebrate my ancestors even if others choose to forget. Axé 🙌🏾🇧🇷🇬🇭💕✨🎉 (for MarLutt and Gma - never forgotten 🙏🏾💕✨) . p.s I'm organising a group visit to the Brazil House, Otublohum & James Town this week - get in touch if you'd like to join! . Outfit: @beccaapparel . . #YearOfReturn #BrazilHouse #BrazilLane #Accra #otublohum #Travel #GhanaTravel #Culture #Tabom #TabomReturnee #ProudlyTabom #istandontheshouldersofmyancestors #TabomInGhana #returnee #BeyondTheYearofReturn #Sankofa #TravelmakerKai #TravelBlogger #TravelJournalist #Ghana #Brazil #afrobrazilian #ConsciousTravel #Diaspora #BlackDiaspora #VisitGhana #TravelNoire #Culture
At University Essays Events Fashion Fix Features Get Visual Guest Lectures iDrink iEat & iDrink In the Lecture Room iSee London Media Convergence Media Links Monthly Wrap-Ups News Nights Out Outside the Lecture Room Practical exercises Seminars Student Eat Student Life Students' Union (SU) The Feel-Good stuff The inbox Travel Uncategorized Useful Stuff Video Writing exercises